The DJI Phantom 3 Standard is the basic model of the 2015 Phantom 3 drone series.  The P3 Standard is $500+ and lacks many of the new features such as 4k resolution, lightbridge signal range, sensors, GLONASS GPS, etc, so we HIGHLY recommend upgrading to the new DJI Mavic Pro which starts at $749.

This is the biggest difference. The Advanced has a 2.7K camera. That means the Advanced shoots up to 1520p, meaning “2.7K,” video resolution. 2.7K means picture with an estimated 2,704 horizontal pixels and 1,520 vertical pixels on screen. This is a step above “Full High-Definition,” or 1080p, video. The Phantom 3 Professional has a 4K camera: It shoots video with up to 4,096 horizontal pixels and 2,160 vertical pixels. 4K is also known as “Ultra High-Definition.” Both cameras are non-detachable and include a three-axis gimbal.

The only difference here is in charging time. The Phantom 3 Advanced battery is a 57-watt battery charger, while the Professional comes with a 100-watt. Expect the Advanced to recharge after about an hour and a half. Expect the Pro to recharge after just an hour. Otherwise, both versions fly up to 35 MPH. The Pro and Advanced signal reaches up to around one mile, but a Phantom 3 Long Range system can easily push that past 3 miles.

Here’s another noticeable difference. The Phantom 3 Advanced price is $799, while the Phantom 3 Professional stands at $999. That’s a $200 difference and doesn't factor accessories. It’s not a lot, but it is a difference nonetheless. Drone World’s Phantom 3 Executive Kit bundled with the Advanced sells for $2,349, or with the Pro for $2,548. 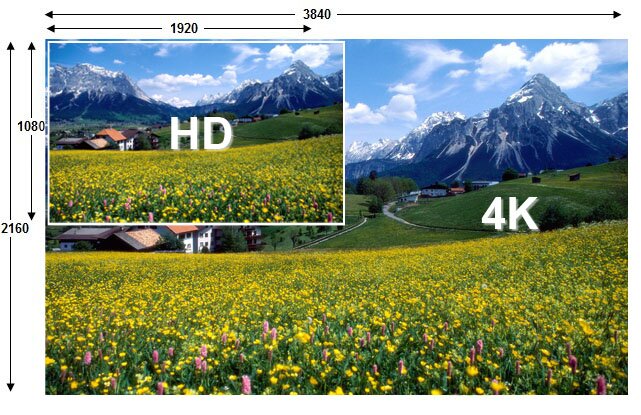 There you have it. Besides a few minor differences, the Phantom 3 Advanced and Pro share a lot in common. Both variations of Phantom 3 camera feature live HD video streaming, superior satellite navigation, and terrific range and performance.

But which is right for you? Though 4K televisions have become very popular, it's hard for anyone to see the difference between 4K resolution and 1080p (Unless you have a 60 in. screen or larger...) 4K is really for a professional videographer whose work airs on larger screens and higher resolutions, while 2.7K is more than enough the majority of fliers and prosumer pilots.