On August 31, 2017, DJI revealed the next drone in its Mavic Pro series: the Mavic Pro Platinum. Nearly one year after they debuted the Mavic Pro, the perennial drone leader unleashed a souped-up version of their uber popular aircraft. Equipped with brand new propellers and a newly designed electronic speed control, the DJI Mavic Platinum is a marvel to behold. Gold accent colors dot the wings and propeller tips, perfectly complementing the exquisite platinum color of the drone. New propellers means both a longer flight time (30 minutes) and reduced noise power (up to 60%!). Perhaps the biggest question on drone lovers' minds, however, is: Do the upgrades make the $100 hike in price worth it? Join us as we discuss! 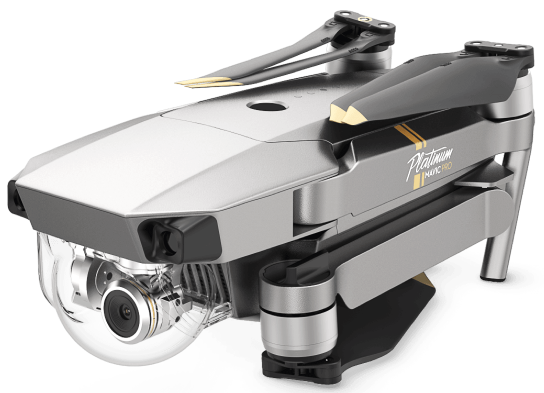 The first noticeable difference between the first two entrants in the DJI Mavic series of drones is how they look. The Mavic Platinum uses a noticeably different hue, a chrome-like color that is complemented by the gold accent color. It's clear that DJI is aiming for an appearance that is more elegant, refined, and that exudes increased significance and importance. The Platinum name is prominently displayed on the wing of the Platinum Mavic, emphasizing how it is different than the original model.

Of the updates DJI has made to the Mavic series, one that all drone pilots can get behind is the increase in flight time. Original Mavic Pro owners know they can expect 27 minutes of flight time and 24 minutes of hover time. The Mavic Pro Platinum boasts a 3 minute improvement over its younger brother, boosting the flight time to a substantial 30 minutes while flying. It's important to note that the hover time has also increased, up to 27 minutes. Why a longer flight time, one might ask? The aerodynamic nature of this aircraft means that it can actually use less battery while moving than while simply hovering.

The boost in flight time is a result of a valuable combination. First and foremost, the new propellers play a large role. Second, ESC programming and minimal hardware change also helps to achieve the greater flight time. The ESC is what takes the data from the drone's main computer and turns it into motor output. Ultimately, the increase in flight time will only help Mavic lovers, giving them extra time in the air to capture the picture perfect shot they need, or to record that much more while airborne. 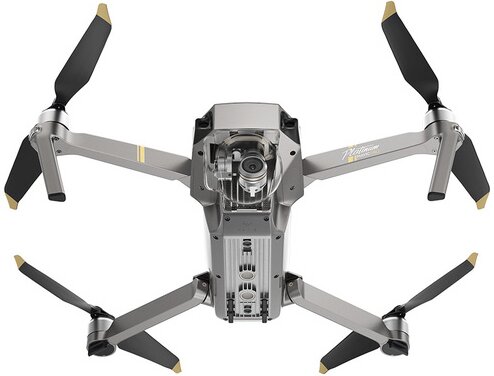 For those unfamiliar with drones, the amount of noise the propellers make as they whir through the air may come as a surprise. In order to keep these speedy drones aloft and control them with such precision, the propellers cut through the air with stunning efficiency. But that efficiency comes at a cost, and drones can be quite loud when you are nearby. Therefore, DJI engineered a solution, creating brand new propellers for the DJI Mavic Platinum, effectively reducing up to 60% (4 decibels) of the noise power when in motion. This means that the drone will make the same amount of noise while hovering. In the end, the new propellers make drone flight that much better for pilots and those around them, which is something everyone can get behind. And the new propellers are backwards compatible too, so Mavic Pro owners can take advantage of them!