A British teenager is winner of the the first World Drone Prix.

The WDP is the world’s largest FPV (First-Person View) drone racing event. Hosted in the Arab Gulf emirate of Dubai, the World Drone Prix hosted an estimated 2,000 contenders and 150 teams this past week.

Watch the final race below:

Fifteen-year-old Luke Bannister of the United Kingdom led Tornado XBlades Racing to victory over 31 other finalists. The course, called the “Aerial Track,” measures a half-mile long and reaches heights of 27 ft. Rises, drops, and alternate lanes dot the course.

FPV racing is steadily moving from an underground sport to a mainstream attraction. There are now multiple FPV racing organizations hosting events throughout the globe. The Drone Racing League, based in the United States, opened its inaugural race last month. 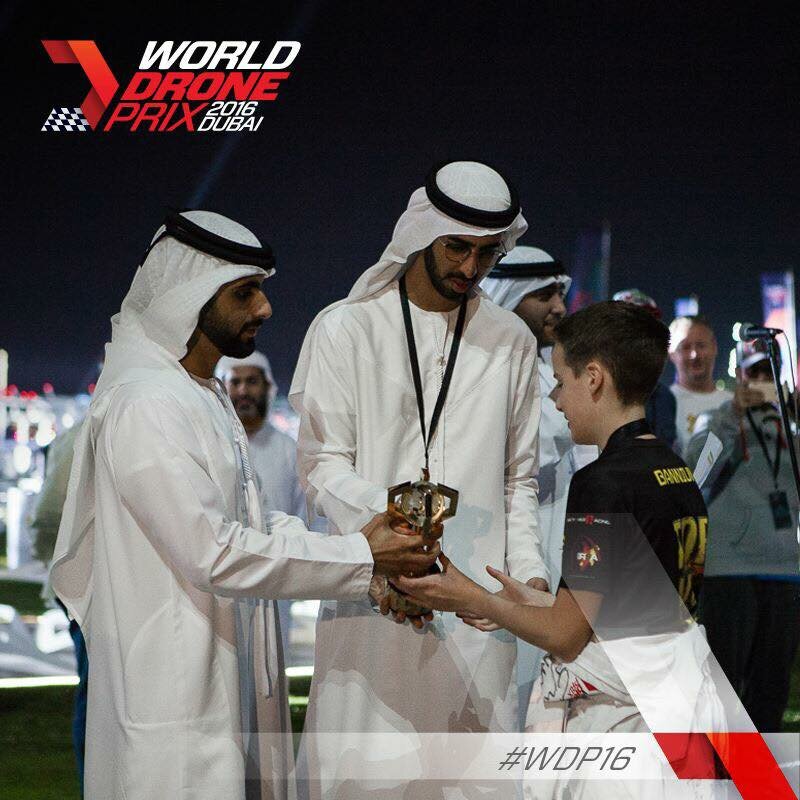 Four racers competed in the championship event, among them Chad Nowak, an accomplished FPV racer from Australia. Speaking of Bannister, Nowak told Ars Technica: “He’s so fast, and doesn’t have the fear or the nerves that the older pilots can have.”