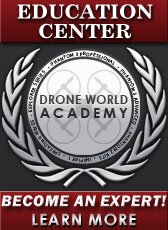 Given DJI’s status as the No. 1 drone-maker, it’s no surprise the Web’s abuzz with wonder over its next-gen hardware. Most of that buzz is directed toward the Phantom, the best-selling consumer drone on the market. And the fourth-generation is just about to make its debut.

So, just what is the rumor-mill saying about DJI’s next-gen wonder?

DJI will release a preview in New York on March 1st, with retailers taking deliveries later that same month A few purported Phantom 4 images have leaked on the Web, showing a larger battery and motors. If the leaked images are genuine, they point to a logical direction: Improved thrust, range, and flight time. The Phantom 3 can fly for 23 min. and 30 MPH. Those are solid benchmarks for any next-gen aircraft. Bet that DJI will pass them.

It's unlikely that the Phantom 4 will inherit the Inspire's detachable or 360-degree camera, but it's a safe bet that DJI will upgrade the Phantom's current camera and gimbal system in some way. There's no serious expectation for anything above 4K since 6K and 8K cameras are still very expensive for an entry-level drone.

It also sounds like the Phantom 4 will be even smarter. Taking cue from Yuneec's Typhoon H octacopter, DJI may include an enhanced object-avoidance system for the next Phantom. This will be a cause for celebration to many drone owners who've seen their beloved machines fall victim to tree branches and power lines.

Alleged leaks hint that DJI is making the Phantom even sturdier. The latest prototype seems to sport a more aerodynamic body made from a tougher composite, no doubt addressing complaints from current Phantom owners about the 3's frailty. Addressing another complaint: easier access to the battery. The landing gear still looks fixed, meaning pilots will have to yaw their way out of an interrupting landing gear shot. No 360 camera also signals no dual-remote.

DJI's made much of its new Lightbridge 2 system. The Lightbridge 2 streams live 1080p, 60fps video wirelessly. The new system automatically adjusts channels to prevent latency at up to 1.2 mi., or 2 km. The Lightbridge 2 is cutting-edge tech even by commercial standards; having it integrated into the consumer-grade Phantom would be a game-changer--just don't expect SDI signal output...that's Inspire territory.

The most recent leaks have pointed to DJI’s patent for “Systems and Methods for Target Tracking.” Simply put: DJI patented a drone system where a user taps on a subject on his tablet/smartphone screen and the drone tracks that subject. The drone will automatically pitch, yaw, zoom, and focus to maintain a steady and clear shot. If true, this would lift the burden that a drone operator has piloting and filming. (Interestingly enough, DJI trademarked the names “TapFly” and “TapFlight” on Feb. 8th.) An auto-adjusting, auto-targeting system done with a simple tap on a screen is a monumental step toward simplifying drone operation for the masses.

Another interesting rumor: DJI might avoid applying the number "4" to this updated Phantom. DJI's CEO has been open about his admiration for Apple, and word is he may want to go the Apple route when it comes to naming. (Think Phantom 3S or + instead of Phantom 4.)

What of price? The number bandied about--and it's unclear for which variant--has been around $1,700. That's $700 more than the Phantom 3 Pro, which points to the 4 as being an addition to (not a replacement of) the current range.

Don’t discount the Phantom 3 yet. DJI’s bread-and-butter drone is still the segment leader, consistently ranking at the top of comparison tests. It also accounts for the overwhelming majority of the consumer drone sales, and will likely continue to for quite some time.

Remember: You can discover great deals on the Phantom 3 Advanced, Professional, bundles, and more just by clicking here.